Reliance Ranked in Top 100 on Fortune list of companies 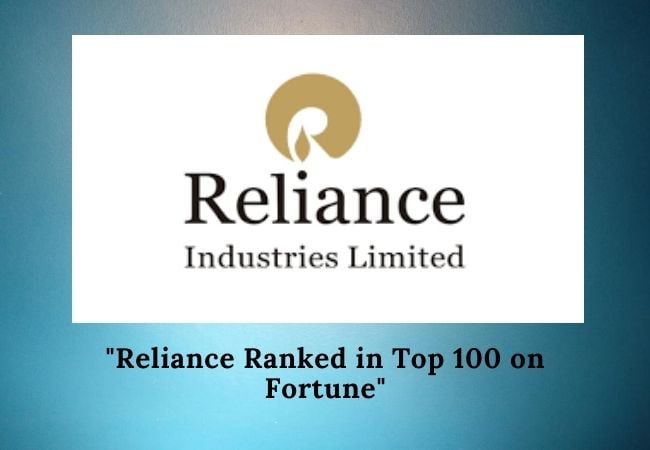 On Tuesday, 10 August 2020 fortune declared the list of 500 globally ranked companies. As per the Result, Mukesh Ambani’s company Reliance made this time in the top 100 and ranks on 96th position in the fortune list of top 500 global companies. Reliance company revenue for the fiscal year2020 was USD 86.2 billion.

Reliance before the list of 2020 ranks in the top 100 in the year 2012 making itself on the 99th rank fortune list. And In 2016 Reliance ranked on 215th Rank on the list after that company ranking has been increasing only. now this time it made wonders. Because This is the first time, any company of India has made this high on the fortune’s list.

The Fortunes list was topped by Walmart making it ranking on no 1 position by generating a revenue of$523,964 million. Walmart is a US-based company. The second Rank is made by the Sinopec Group, a Chinese company dealing in the petroleum and chemical sectors. The company generated revenue of $407,009. While Amazon ranked in 9th position with revenue generation of $280,522.

Indin oil corporation (IOC ) a government-owned oil and gas company fall 34th position from is last year’s ranking. IOC ranked in the 117th position. Its headquarter is in New Delhi. IOC company revenue for the fiscal year2020 was USD 69.2billion.

Fortune ranks companies based on the total revenue generated by companies in the fiscal year before 31st March 2020.

According to Fortune, The world’s 500 largest companies generated $33.3 trillion in revenues and $2.1 trillion in profits in 2019. And Together, this year’s Fortune Global 500 companies employ 69.9 million people worldwide and are represented by 32 countries.