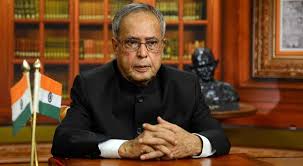 Mukherjee also founded the Rashtriya Samajwadi Congress party in West Bengal when He was a leader in the Indian National Congress. RSC Rejoined the INC when RSC was not moving successfully. i.e He again rejoins the INC party

During his journey, he served India as finance minister, Defence Minister, External Affairs Minister, And Minister of the house of the Lok Sabha. Later on, he becomes President of India. He was honored with the Bharat Ratna in 2019 by Ram Nath Kovind.

“With a Heavy Heart, this is to inform you that my father Shri Pranab Mukherjee has just passed away inspite of the best efforts of Doctors of RR Hospital and prayers, duas and prarthanas from people throughout India ! I thank all of You,” his son Abhijit Mukherjee tweeted.