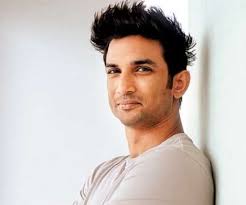 Sushant Singh Rajput commit’s suicide today at his Bandra flat by hanging himself as declared by Bandra police Mumbai at the age of 34 his servant informed the police about the same according to some news channels he was also suffering from depression from last six months .

this is really a very shocking news for Bollywood industry.
In the same year, Bollywood lost many legendary actor’s i.e Rishi Kapoor, Irfan khan singer and composer Wajid khan Chrenjeevi and now Shushant Singh
he started his career by acting in tv serials and now he’s got his real identity when he played a role in the biopic of MS Dhoni
may his soul rest in peace.

Sushant Singh Rajput an Indian film actor,dancer, television actor, an entrepreneur born on 21 January 1986 died by committing suicide on 14 June 2020. Sushant has worked in a tv -serial Pavitra Rishta which gave him immense popularity. this popularity gave him a chance to enter in Bollywood with his debut film Kai-Po-Che.

He gives fame of Bollywood he has a large fan base not only in India but even abroad. No one has still commented on his death but as it is shocking for all their are some rumors stating that he was suffering from depression form the last few months. This news gave voice to individuals to speak on nepotism. Famous star kids are now facing issues due to these various steps are taken by stars. Sonakshi Sinha has deactivated her Twitter account. Sonam Kapoor has turned off the comment section. Sonu Nigam has also shared video regarding nepotism going on in the music industry. He also included the name of  T-series. Major ongoing war is between people and Karan Johar and Salman khan. Resulting boycott, Salman khan, and Karan Johan are trending in India.